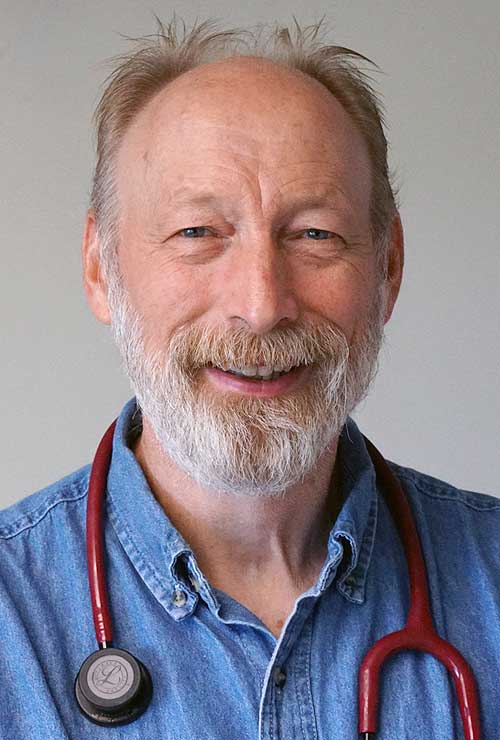 Dr. David Smiley took a circuitous route to veterinary medicine. At one time a camera man for a KETV Kentucky, then a professor of both English and Communications, Dr. Smiley came to the realization he was meant to be a veterinarian…After playing catch up with undergraduate classes, Dr. Smiley started veterinary school at the University of Tennessee. Graduating four years later, with two toddler boys and a wife, the family moved to New Hampshire and set down their roots. He began his medical career working for another vet but quickly realized he wanted to practice in his own way. After establishing the Auburn Small Animal Mobile Veterinary Practice and working at the Emergency Clinic of Manchester it became apparent Dr. Smiley needed a home base and thus the Smiley Veterinary Clinic was born. Dr. Smiley, practicing veterinary medicine for over twenty years, finally established his own veterinary hospital in Auburn in the early 2000. His practice has expanded to a new building in Londonderry where he plans to take on a new veterinarian (his son) early next year (2021).